Following in the footsteps of the Osmo Pocket, DJI has recently released the all-new Osmo Action, a camera that is set to be the perfect camera companion for any extreme adventurer. Both the Osmo Pocket and Osmo Action are extremely portable and packed with innovative intelligent features, which can make it difficult to decide which device is the best fit. Depending on your lifestyle and what you are looking to use the cameras for, knowing their differences is critical to making the right investment. Below is a breakdown of both the Osmo Pocket's and the Osmo Action's features to help you determine which camera is the perfect companion to take with you on your next exciting adventure. 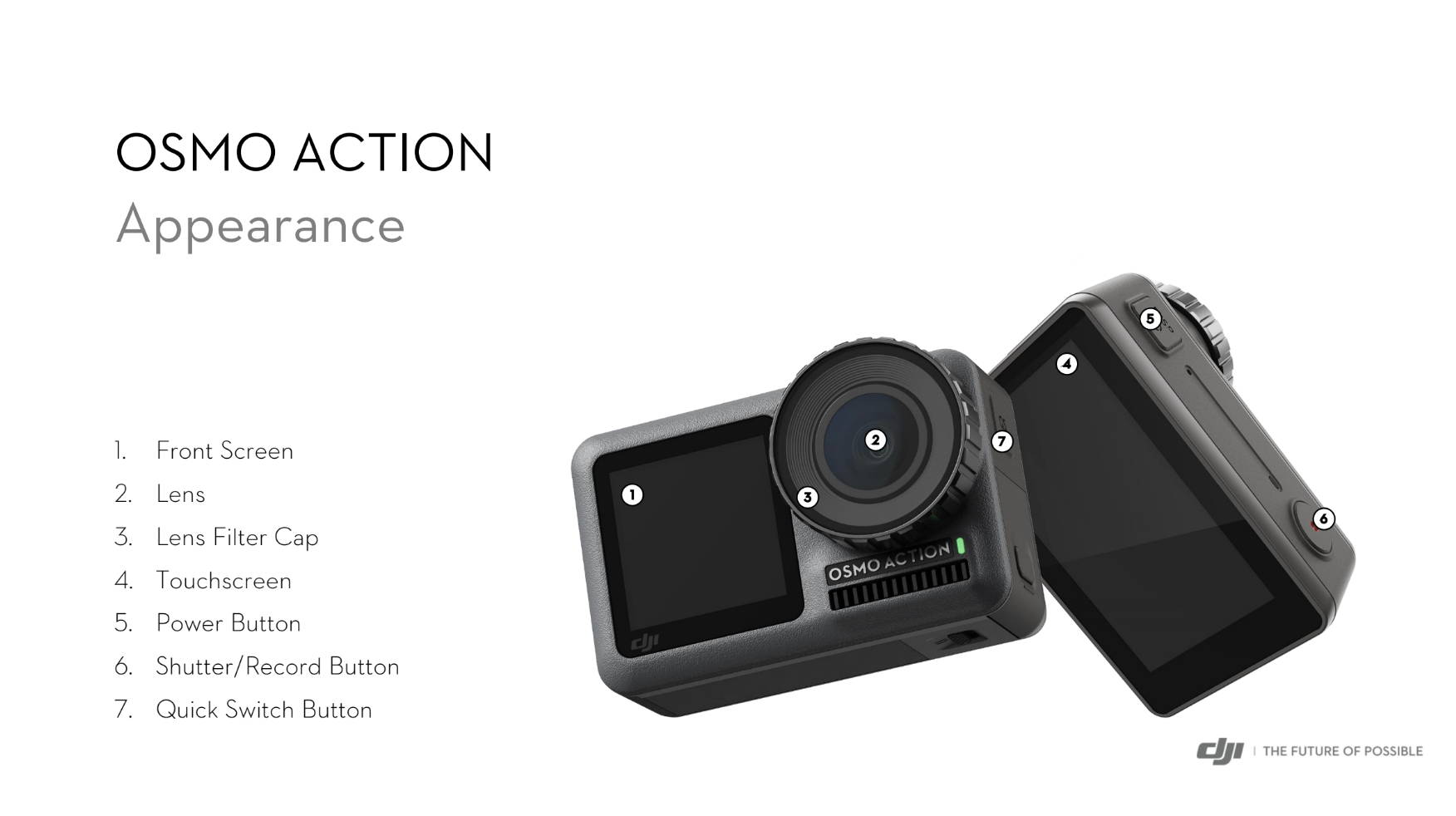 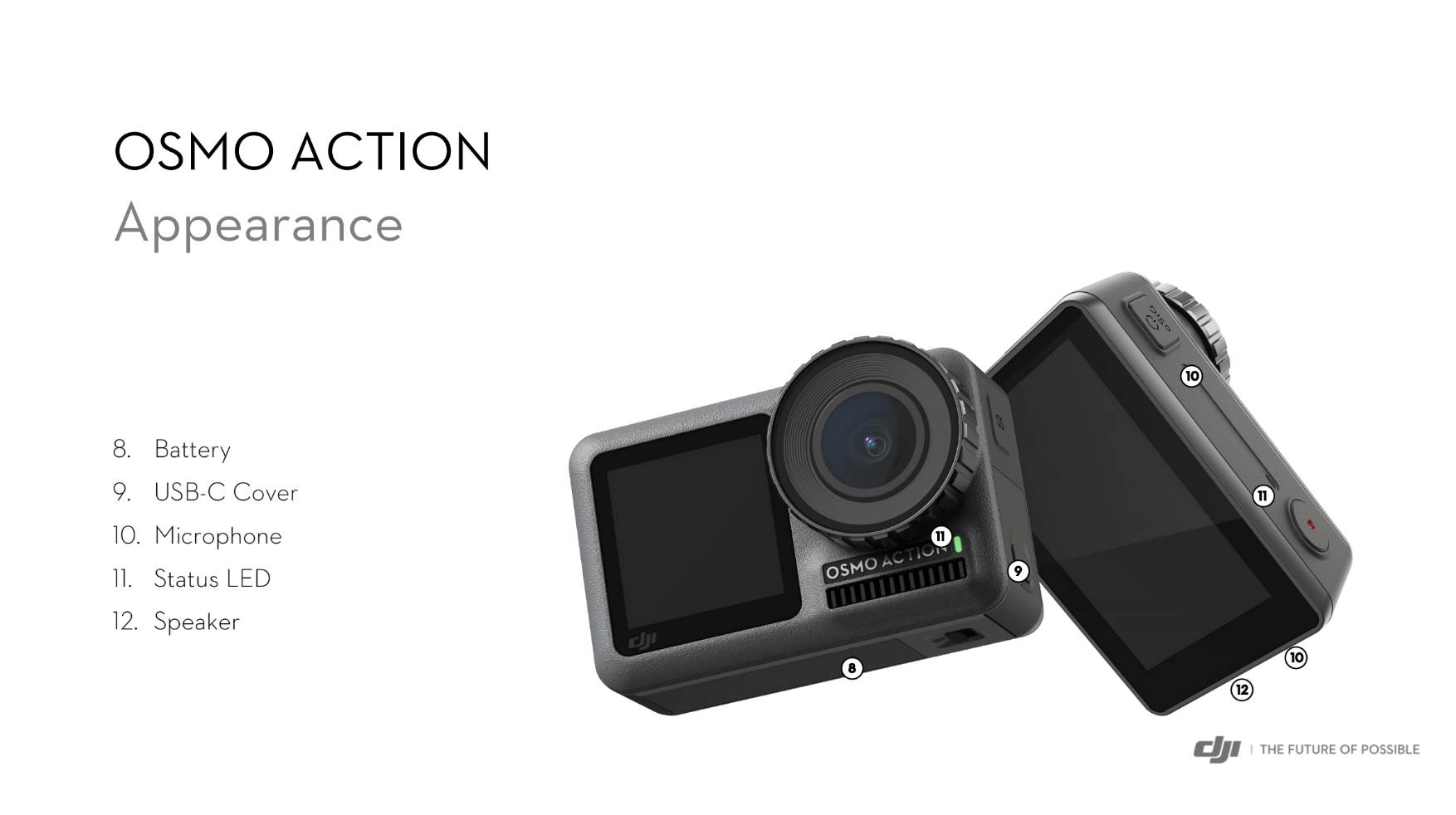 In terms of size and weight, both cameras are small and compact. Though the Osmo Pocket is slightly bigger in size, the Osmo Action actually weighs slightly more. The Osmo Pocket is 121.9x36.9x28.6mm and weighs 116g, while the Osmo Action is 65x41x34mm weighing in at 124 grams. Nevertheless, both cameras are extremely small and compact and can fit comfortably in the palm of your hand.

A unique feature of the Osmo Action is its dual-screen design. Popular action cameras on the market cannot view a live-view while shooting via the front screen. The Osmo Action features both a front 1.4 inch and back 2.25-inch screen, high-resolution display, and a responsive interface for the most convenient user experience possible. 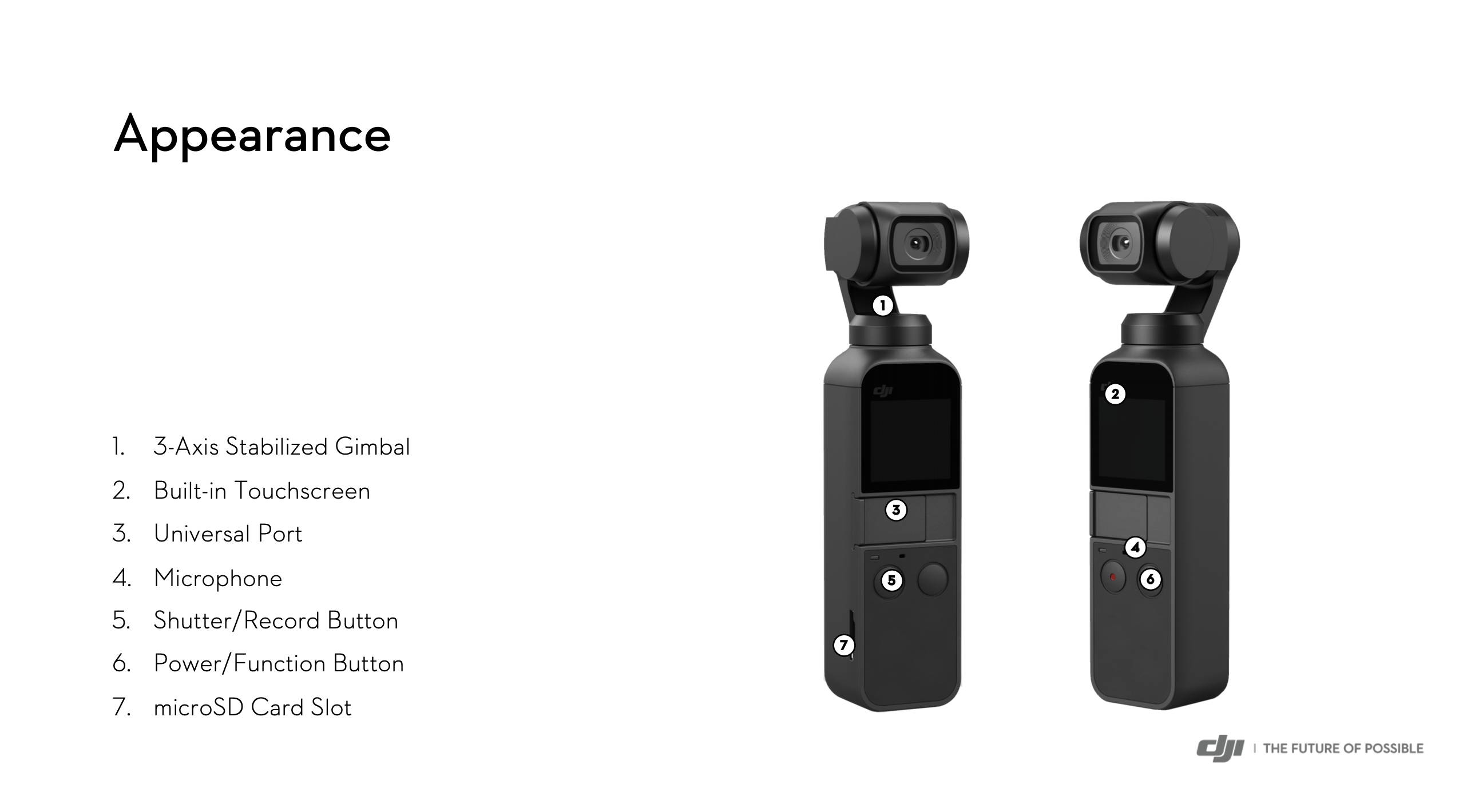 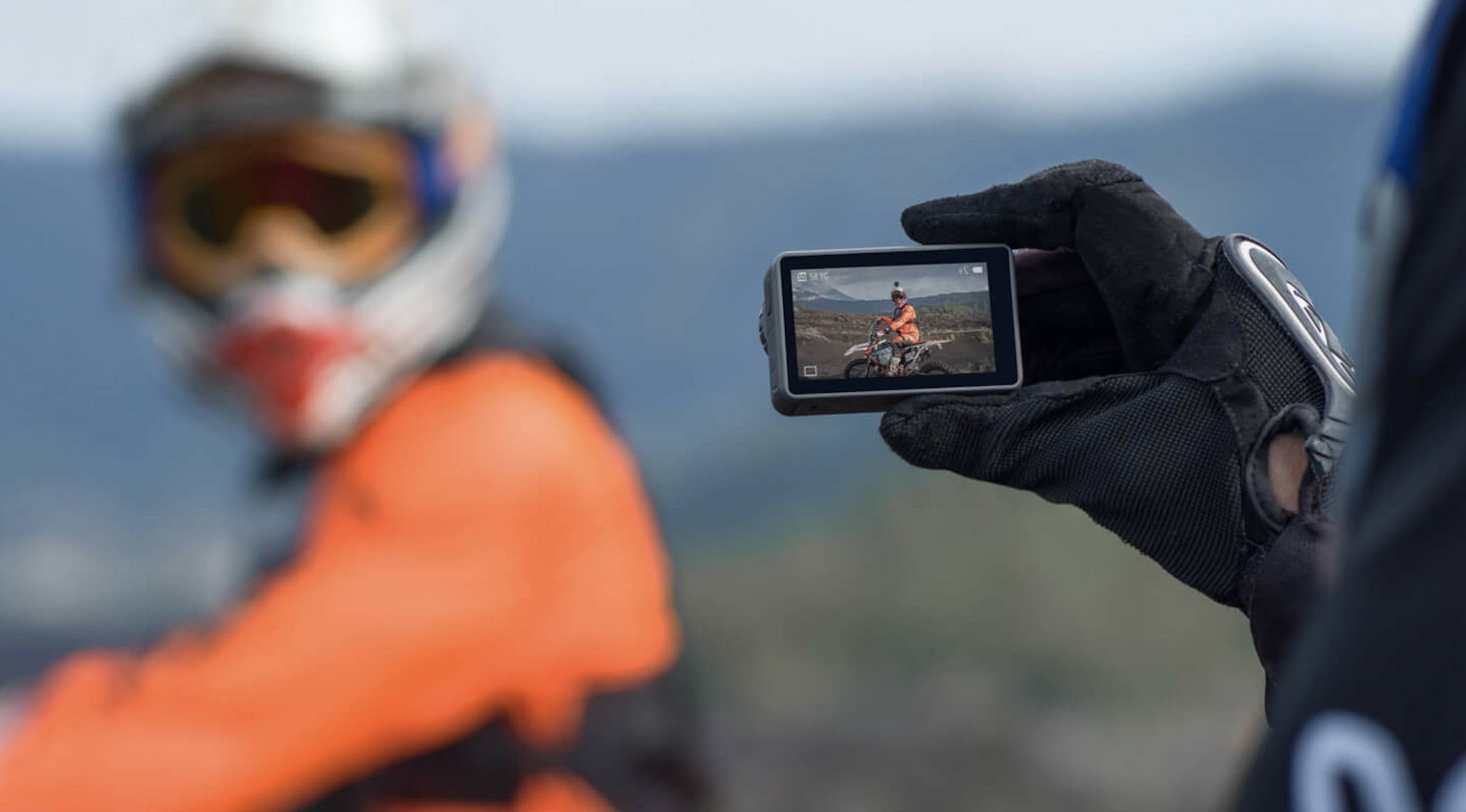 Both the Osmo Pocket and the Osmo Action feature high-quality cameras with 1/2.3-inch sensors that can shoot 12-megapixel stills and 4K 60fps video. Both cameras also feature an ISO range of 100-3200 when capturing either video or photos.

One noteworthy upgrade with the Osmo Action's camera is its ability to shoot HDR video. With enhanced dynamic range, any footage captured features natural transitions between dark and light areas, capturing details that can often get lost in complexly lit environments. 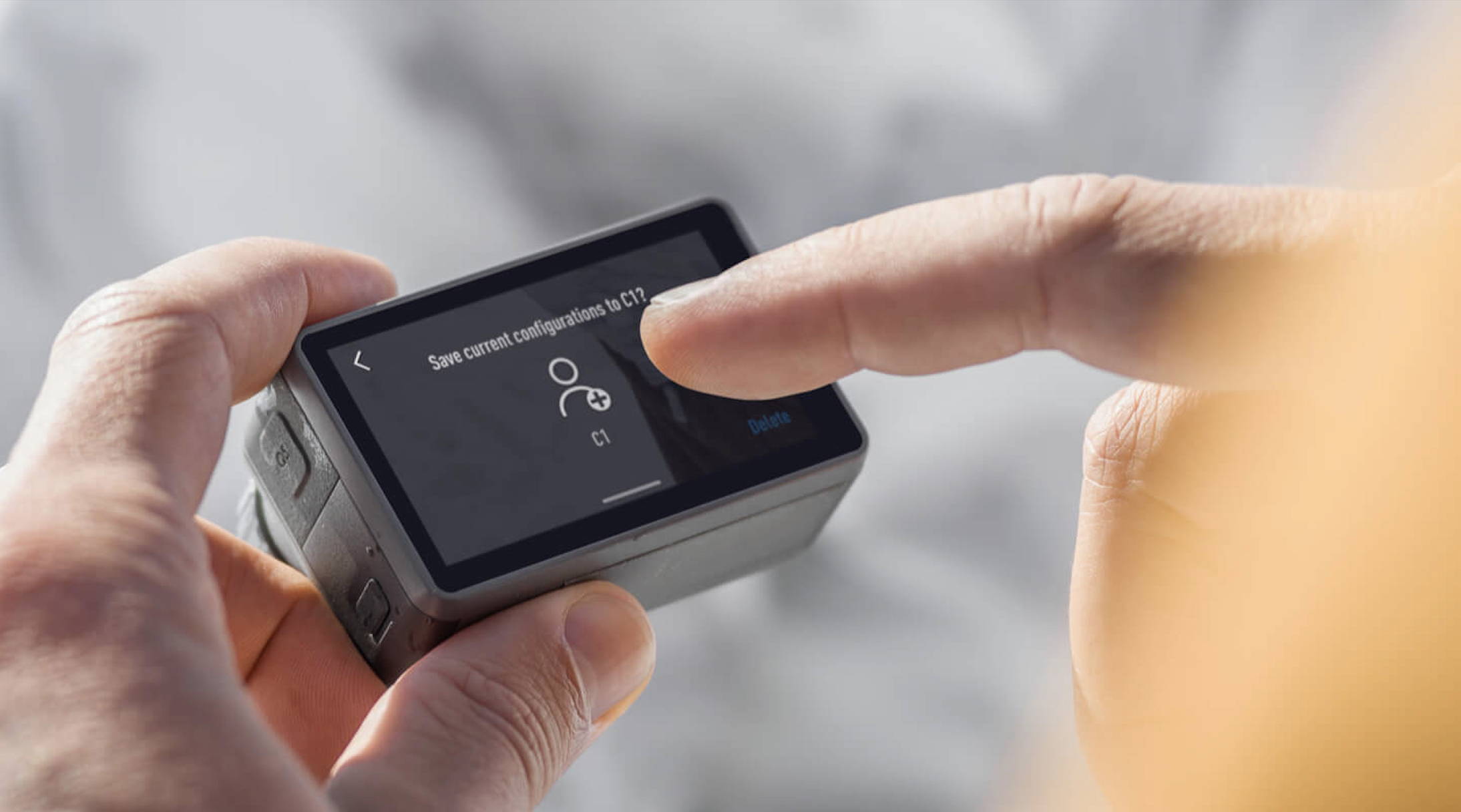 The Osmo Pocket features a 1.08-inch touchscreen that enables users to control and change a variety of settings. Via the touchscreen, operators can switch shooting modes, replay footage, and more. The Osmo Pocket also features a power/function button and a shutter/record button, microphone, and microSD Card Slot.

The Osmo Action features a power/shutter and recording button, as well as two front and back touchscreens. There is also a multifunctional QS button on the size of the Osmo Action camera wherein users can easily switch between their most frequently used shooting modes. Users can also shoot hands-free with the Osmo Action's unique Voice Control Function which allows users to use five essential functions or switch screens just by stating the command out loud. This feature is ideal for those looking to shoot hands-free. 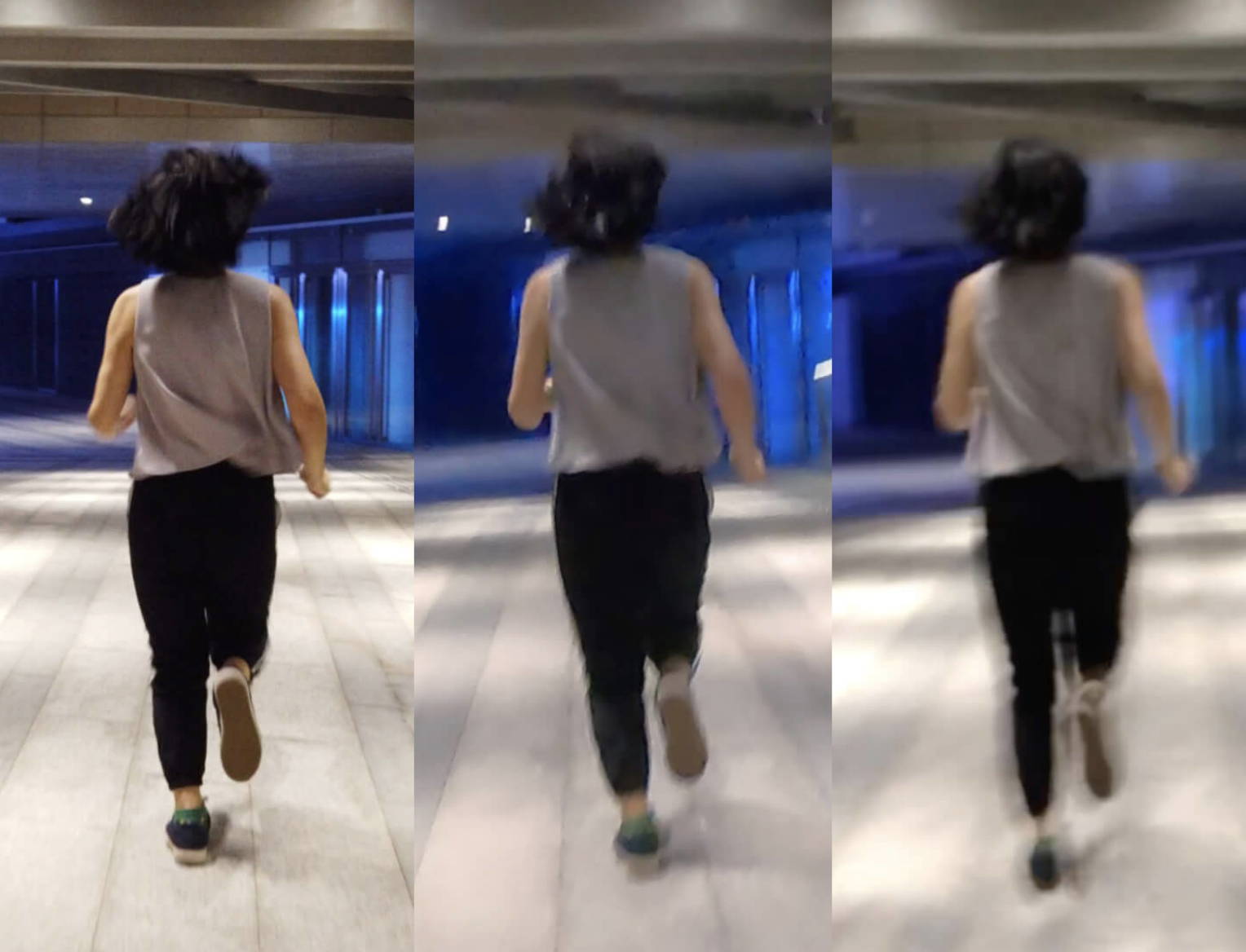 The Osmo Pocket utilizes a 3-axis gimbal for its camera stabilization system. The new Osmo Action camera on the other hand, features DJI's new RockSteady technology that combines complex algorithms and Electronic Image System (EIS) to provide the most stable, shake-free footage possible. 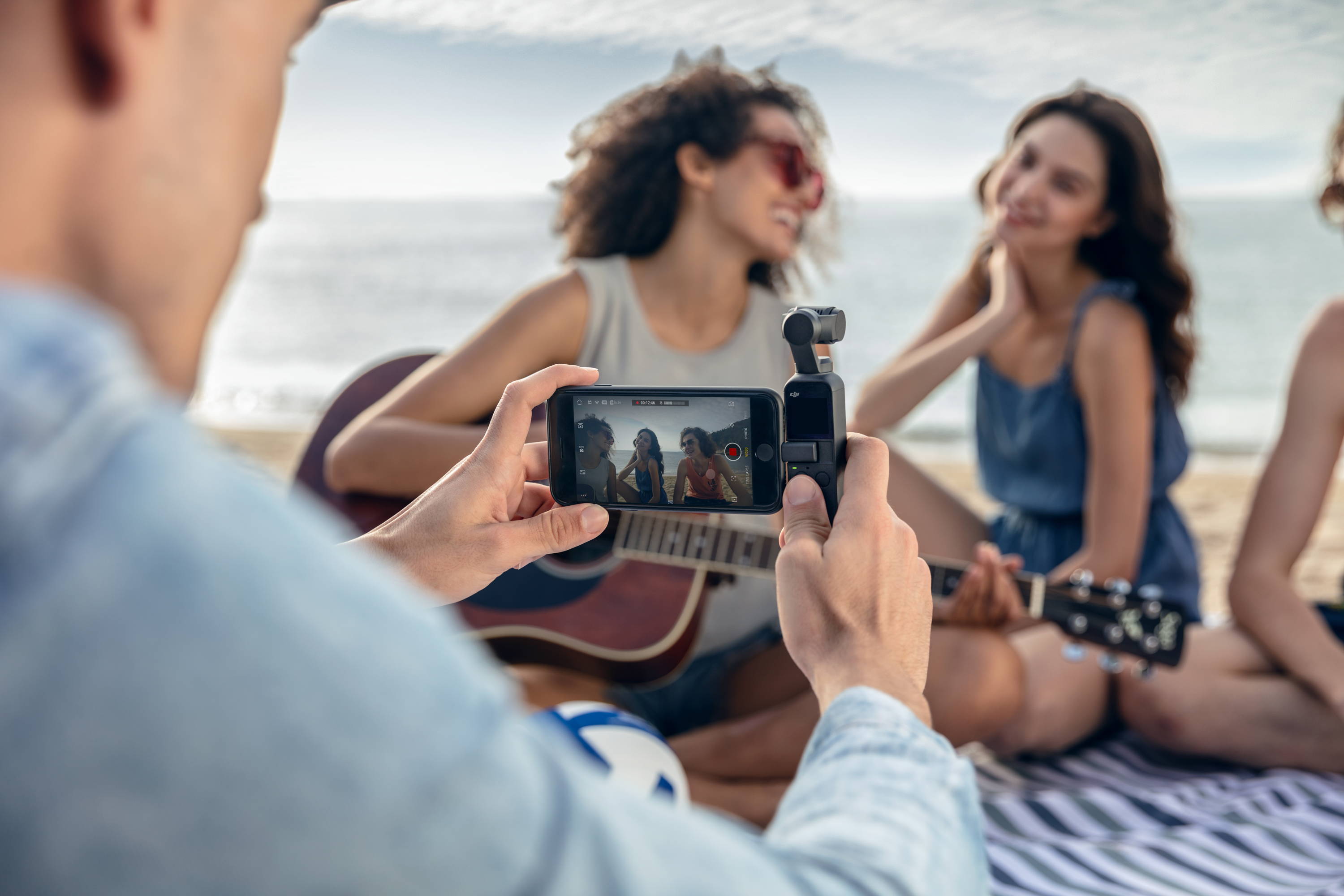 Intelligent shooting modes enable anyone of any technical background to easily capture dynamic and cinematic shots with the tap of a button. When it comes to these shooting modes, the Osmo Pocket has the upper hand over the Osmo Action due to its gimbal system which enables the unit to move its own camera with ease.

The Osmo Pocket comes with various shooting modes including ActiveTrack, 4x SlowMotion (120 frames at 1080p), FaceTrack, Panorama, Timelapse, Motionlapse, Hyperlapse, NightShot, Story, and FPV. This makes it ideal for vloggers, creators, and casual users looking to capture a variety of cinematic shots with the press of a button.

On the other hand, the Osmo Action features significantly fewer modes only having Timelapse, 8x SlowMotion (240 frames at 1080p), and HDR video to do the unit not have any way to move itself. In addition to its shooting modes, the Osmo Action is designed with a wide-angle lens that has a FOV of 145°. Users who don't like the fish-eye effect will also be in luck as the Osmo Action has a Dewarp function that will eliminate any distortion when shooting close-ups. 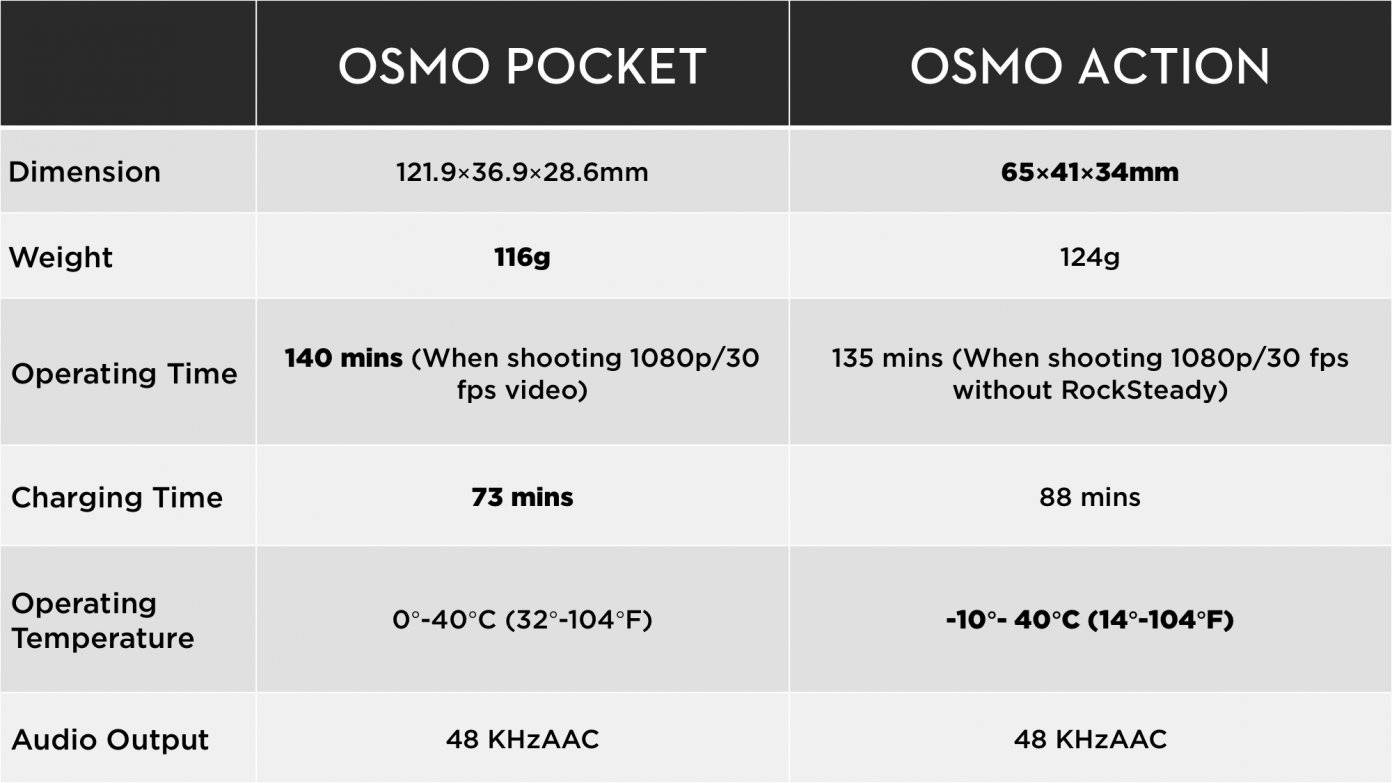 which camera is best for you?

Both the Osmo Action and Osmo Pocket are extremely small, portable devices that provide stunning image quality. If you are someone looking to capture day to day life with smooth, cinematic footage the Osmo Pocket's all-in-one camera and gimbal unit would be ideal. With plenty of shooting modes like Motionlapse and Timelapse, the Osmo Pocket is perfect for creators, videographers and casual users alike.

Alternatively, if you are seeking to capture action-packed adventures, or extreme sports the Osmo Action would be the better choice. Due to its rugged, waterproof design and ability to shoot in more extreme temperatures down to -10°C, the Osmo action is ideal for travelers, athletes, and outdoor adventurers.

Whichever camera you choose, your footage will turn out smooth and cinematic. Whether you are filming for fun or for more professional endeavors, the Osmo Pocket and Osmo Action will both be capable of bringing your cinematic vision to life.